It is not very often that I would say: “it is a milestone in the history of HMI,” but this is what I proclaimed yesterday when I addressed my audience at the opening ceremony of the new office for our ministry in Budapest.  On the included name plate you can see two logos: one for HMI and one for The Budapest Institute for Contemporary Christianity (Budapesti Kortárs Keresztény Intézet).  The latter one is the subsidiary of HMI, headed up by our new missionary Tamas Gyori.  This new Institute was created after the model of The London Institute for Contemporary Christianity, founded by John Stott.  Tamas visited John Stott several years ago and studied his theology and ministry and was so deeply impressed by his personality and accomplishments that he wanted to introduce a similar work in Hungary as well.  The time has come, and following several years of preparation and the establishment of the leadership group of this new organization, yesterday we were able to officially open our new office.  About thirty people attended the ceremony representing most of the major denominations and Christian organizations of the country.  We give thanks to God for this new initiative as we are looking forward to His blessing our growing ministry. – Joseph Baranyi 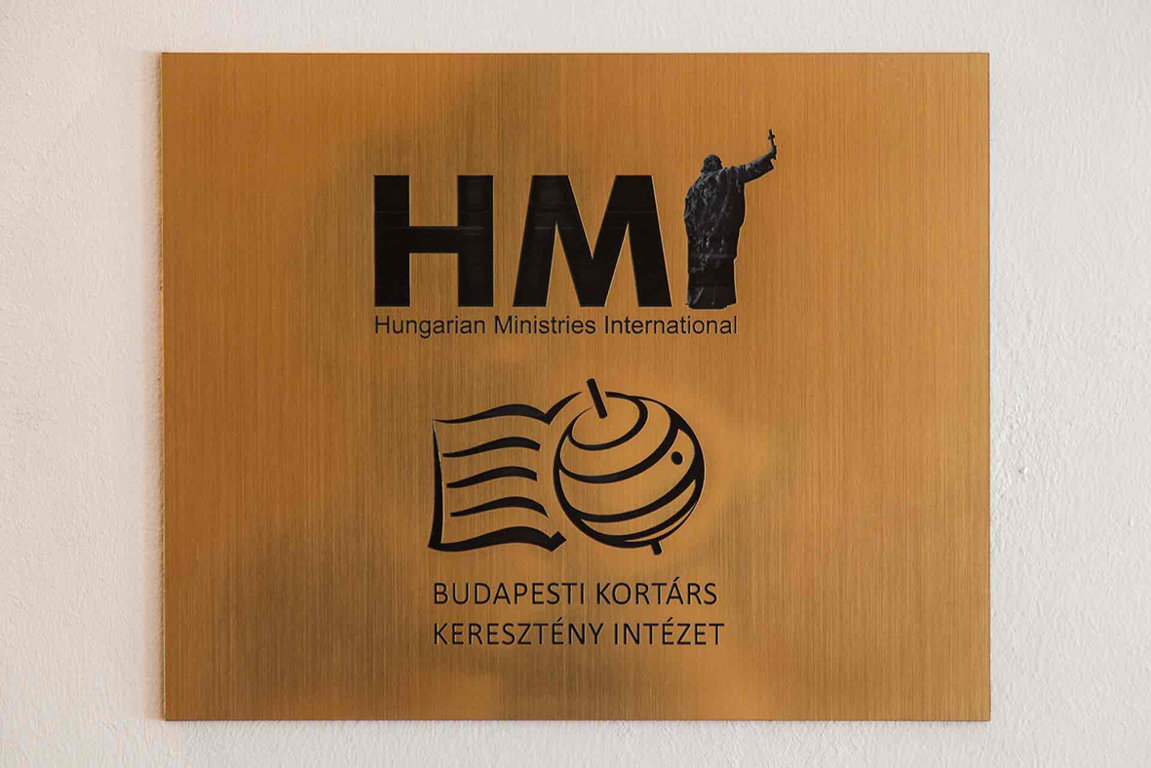