Bible in the supermarket

In May we have had another campaign popularizing our Bible, along with several dozen newspaper and Internet news articles, we had the opportunity to appear on national television and other major television and radio stations.  One of the results of this campaign was that now the largest supermarket chain in the country is also distributing our Bible. 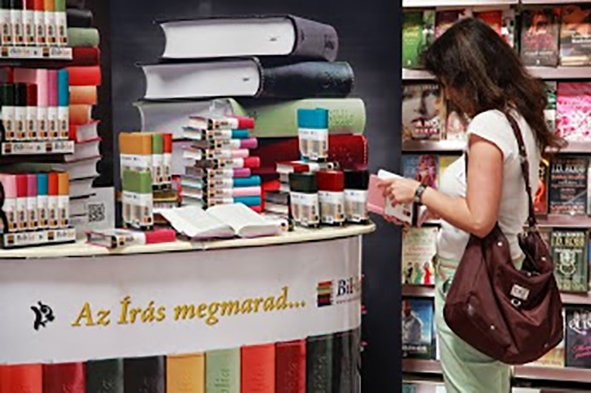 Another sign of the popularity of our Bible is that since last year, Hungarian public schools have begun using our Bible edition in their schoolbooks when quoting the Bible.  Page after page from the Old and New Testaments are quoted from our newly revised Karoli Bible.

In April, the Karoli Gaspar Reformed University organized a two-day Bible Conference in Budapest, where our Bible edition was well represented and introduced to the scientific and laymen public.